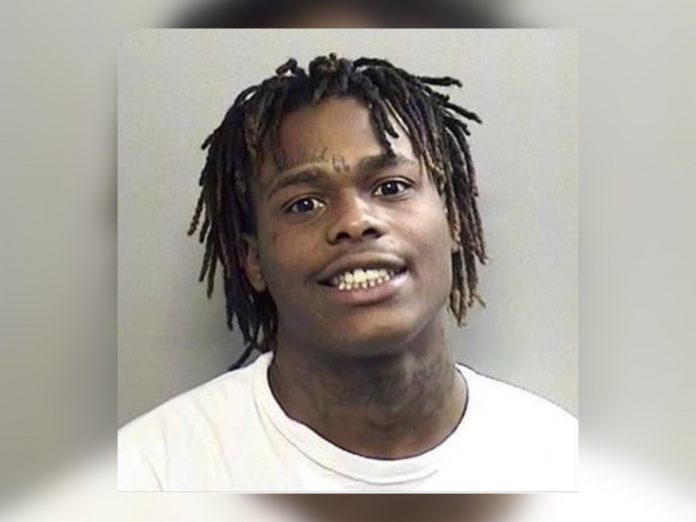 
Authorities say that earlier this year, Julius Rollins, 19, shot and killed two of his cousins outside of his apartment.

Police in Arlington, Texas, say that Rollins was apprehended, on Tuesday, in relation to the death of his cousins, Martell Brown, 31, and Jy’Tavious Fields, 21.

The family says that Rollins was already on parole for aggravated robbery and was wearing an ankle monitor.

On January 7, close to 8 p.m., Martell and Fields were discovered dead in the parking lot of the Felix Apartments on Cypress Club Drive.

On January 12, Rollins told authorities that he wasn’t awake when his cousins were killed. He said that he didn’t find out about the incident until he woke up the following morning. When police searched his phone, he stopped cooperating with them.

On January 14, Rollins took his ankle monitor off and attempted to leave the state. He was in a wreck and was arrested on ot her charges, as well as, a probation violation.

A second phone was also found and social media messages proved that he knew about the shootings before January 8.

Police also say that Rollins attempted to sell a gun. When tested, ballistics showed that it may have been the same make and model of the weapon used in the murders. To add, ammunition located in Rollins’ car was the same caliber and brand that was discovered at the scene of the crime.

Documents note that details from Rollins’ ankle monitor showed he wasn’t asleep when the murder occurred.

A motive in the killings isn’t known, officials state.

Rollins has been charged with one count of capital murder of multiple persons. He is in the Tarrant County Jail with a bond of $205,000.